Mar. 27, 2015 (Mimesis Law) — Happy Friday, you guys.
Top Slot
Not the biggest story in the world, but I’d like to just note how much news and media has changed over the last 10 or so years. Check out this story from Wired on how one of the largest companies ever to exist responded to a press inquiry from the Daily Dot with a simple .gif. Not exactly earth-shattering news, I know, but it does merit taking a moment to reflect on how web-based publishing and communications have made public life so…informal. I love how Google isn’t close to apologetic about this. For better or worse, this is the way things are right now in our media and our culture.
This is how Fortune 500 multinationals now say ‘no comment.’

Weird, right? By the way, it’s pronounced jiff like the peanut butter. Don’t engage people who say otherwise. Except for this masterpiece of a tweet. 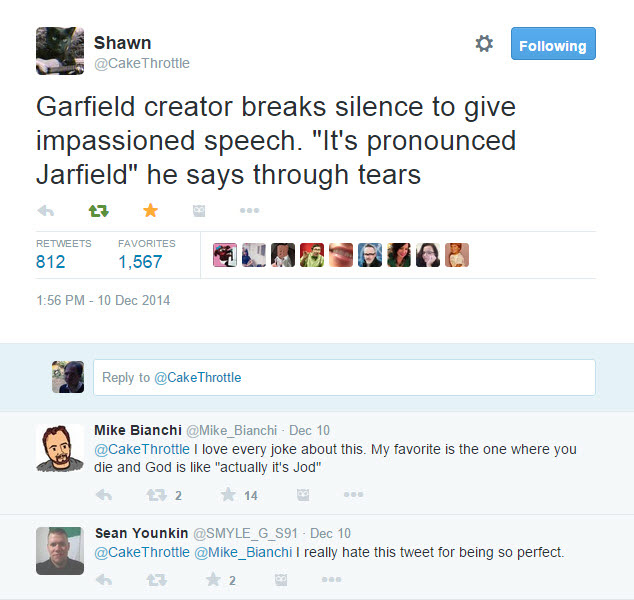 You and I will never write a tweet anywhere close to this. But it’s still pronounced jiff.

Palate Cleanser
If you haven’t met Fritz, you should. I feel bad for Fritz, but life is a struggle and he needed to learn.

Hot Links…stuff we are thinking about this week
Work Product…stuff we published this week
From Scott
Scott Greenfield points out that the concept of officer safety might be elevated above everyone else’s well-being, at least in the eyes of media and law enforcement. A Moment of Simple Justice – Magic Words
From Gaston
Gaston Kroub launched The Markman Note, our weekly rundown of interesting developments at the intersection of investing and IP law. Video to come…
From Aric Press (wait, WHAT?!?)
Yep, former Editor-in-Chief at ALM Aric Press sat in for me on the Business of Law show. He got the chance to chat with Jami McKeon, Chair at the rapidly expanding Morgan Lewis. How Morgan Lewis Plans To Maintain A “Common Culture” Amid New Growth 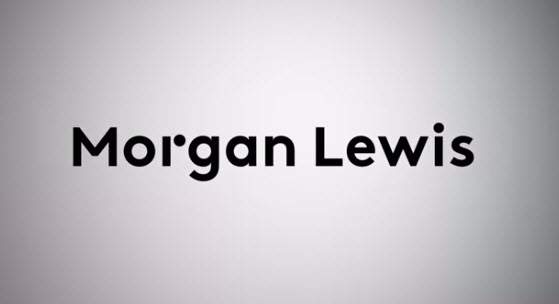 Full Screen Friday
I didn’t really want this section to be political, but this video deserves the attention. Rap duo Run The Jewels put out a gorgeous mini-film yesterday that highlights the ultimate futility of violence in our criminal justice system. It might not be aligned with everyone’s politics or tastes (explicit language, etc.) but it’s one of those things that come along every now and speaks truthfully to the status quo. You don’t see art do that often these days. 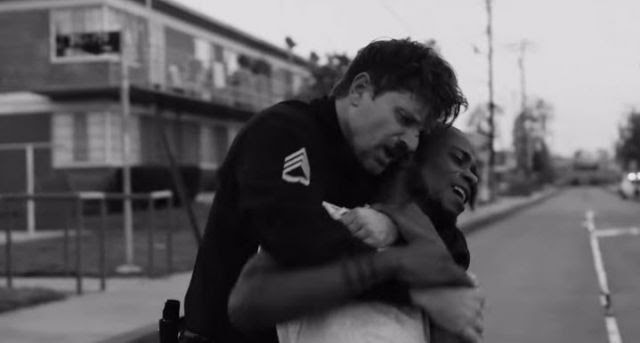 Sidenote: Mike Render from RTJ also published this excellent piece in Vox yesterday on prosecutors going after defendants for rap lyrics as admissions of guilt. He kinda owned the Internet for the day…